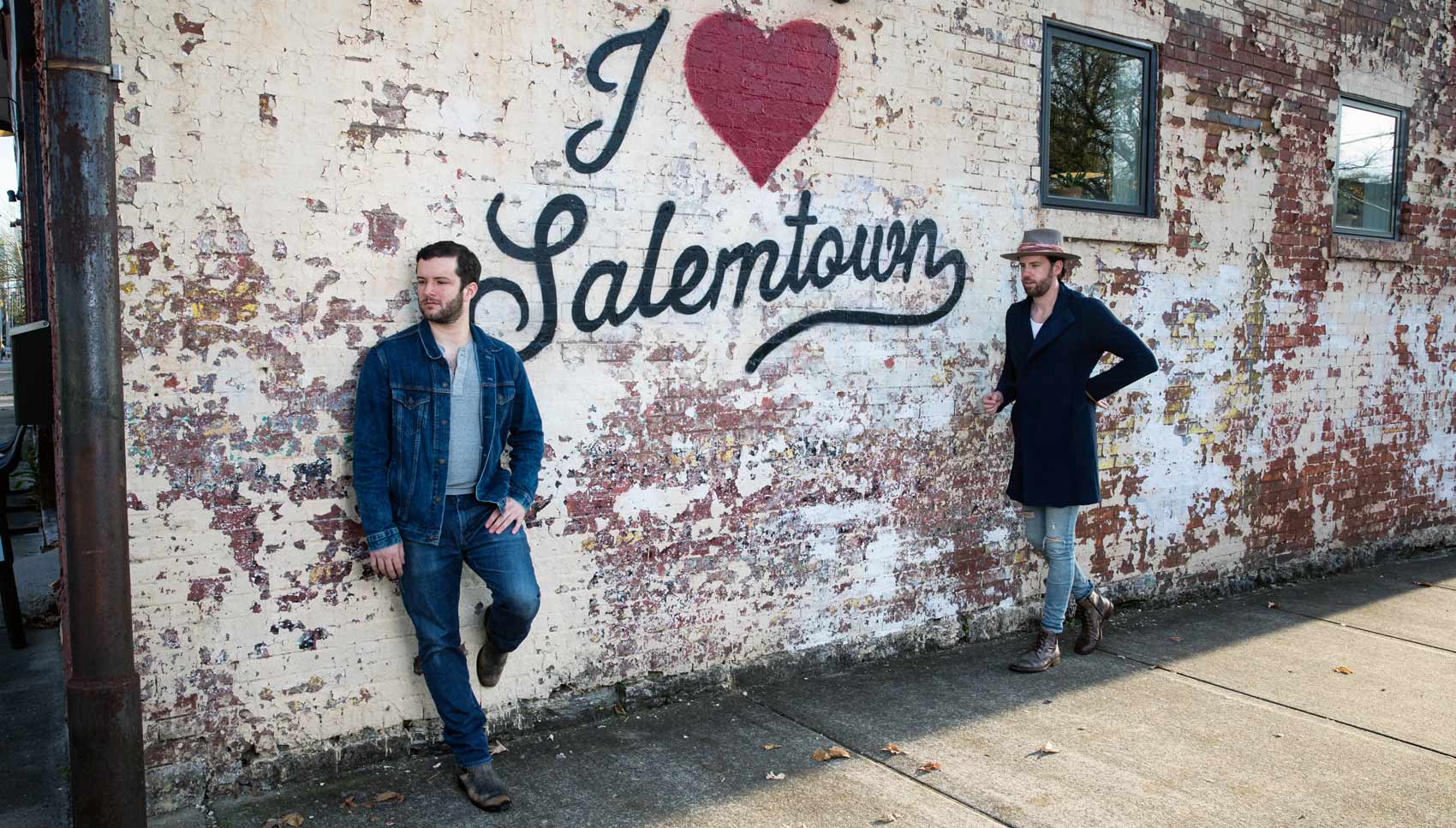 Thank you to all the readers of The Nashville Scene for voting us “Best Band!”

Sign up and hang out with us before shows and be invited to private performances.

I’m Patrick Cornell. And I’m Dan Harrison. During the 2020 Nashville quarantine we got together and wrote and recorded a bunch of songs. It was either that or watch Netflix all day. We did our best to use the lockdown to be creative and formed a duo.

Back in 2017, I (Patrick) had an interest in putting together a country duo for some musical ideas that were a little different from my solo music. I tried it out with a few artists over a couple years, but I never could capture the sound I was hearing in my head. Until a friend in management, Mark Still, recommended I write some songs with another solo artist he had worked with named, Dan Harrison.

On December 18, 2019 we got together in the Nashville neighborhood of Salemtown and wrote our first song in about an hour. The write went so smoothly we knew we were onto something so we continued writing and recording throughout 2020. 13 months later to the day, on January 18, 2021, we released our debut EP, Pretty Wild.

Our songs have been added to some killer Spotify playlists including New Music Nashville, Heartland Country, PopCo, Fresh Finds, Fresh Finds Country, Next from Nashville, Wild County and New Boots! For which, we are very grateful to Spotify.

In July 2022 we were signed to booking agency, Degy Booking.

In October 2022 we were voted Best Band in Nashville by the Nashville Scene readers poll.